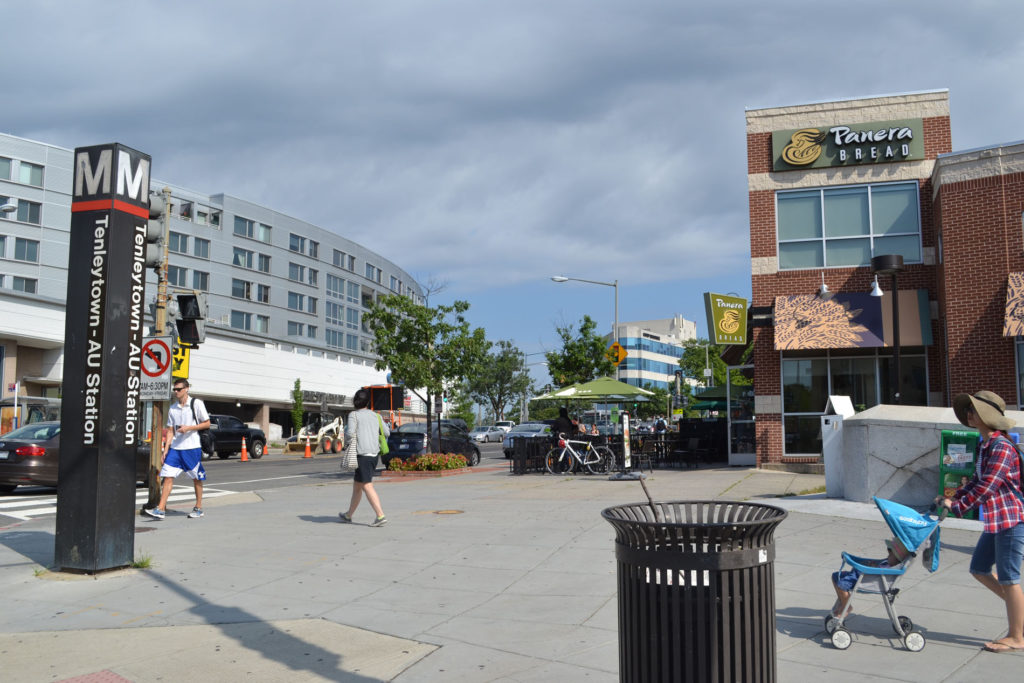 Tenleytown is a neighborhood in NW DC know primarily for the commercial area on Wisconsin Avenue immediately surrounding the metro, which is anchored by the Whole Foods and the Best Buy. Tenleytown is bordered on the west by Wisconsin Avenue, on the south by Upton Street, on the north by Garrison Street, and the east by Reno Road. The real estate is characterized by small charming Victorians, Bungalows, some duplexes and many center hall Colonials. There are also a few condos in Tenleytown very close to the metro. Prices are generally lower than in other nearby NW neighborhoods like North Cleveland Park and AU Park, and one can find a very comfortable home for well under $1,000,000.

Tenleytown is served by the Tenleytown metro and also several bus lines running up and down Wisconsin Avenue.

Click here to receive new Tenleytown listings delivered directly to your inbox.
Do you want to buy or sell your Tenleytown home? Contact Pete for a complete market analysis.
Back to top