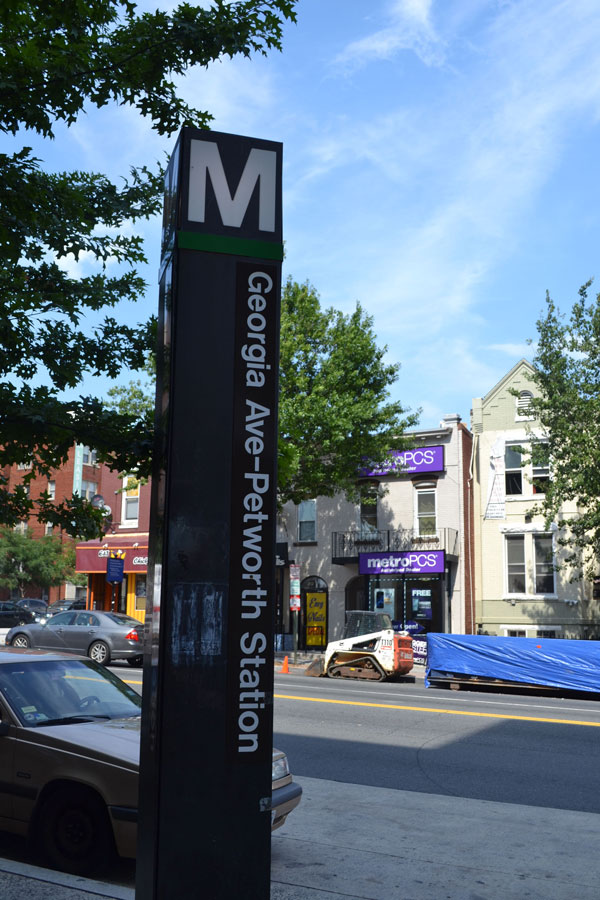 Petworth is a large neighborhood just north of the center of the city, bounded on the southern edge by Columbia Heights, on the north by Kennedy Street, on the west by 16th Street Heights, and on the east by North Capitol Street. In recent years Petworth has been coveted by developers, and one source named it the #1 neighborhood in the entire country for house flipping. This is due to the relative affordability, compared to neighborhoods like Capitol Hill and Georgetown, and to the size of the homes there. Real estate in Petworth is dominated by 1920’s Wardmans that are generally quite wide, and most have basements, small back yards and parking. The commercial corridor in Petworth is Georgia Avenue, which is going through a major transformation at the moment with new restaurants and shops opening almost weekly, and a strip of Upshur Street has also seen many new cafes and a bookstore in recent years. Since it’s such a large neighborhood (with over 20,000 residents) proximity to the Petworth metro varies, and home values vary as well.

Petworth is served by the Petworth metro station, and plenty of bus lines on Georgia Avenue, Kansas Avenue and New Hampshire Avenue.

Click here to receive new Petworth listings delivered directly to your inbox.
Do you want to buy or sell your Petworth home? Contact Pete for a complete market analysis.
Back to top