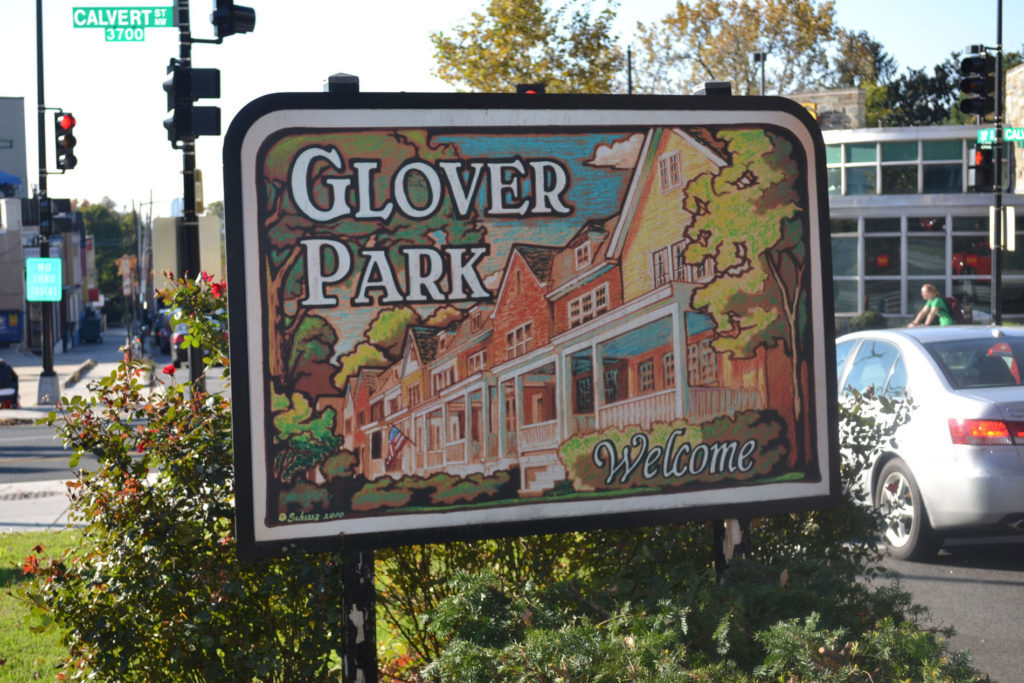 Glover Park is a lovely little neighborhood hidden away in NW DC, just north of Georgetown. Bounded by Glover Archbold Park to the south and west, Fulton Street to the north and Wisconsin Avenue to the east, Glover Park is full of Tudor style front porch townhouses built in the 1920’s, 30’s and 40’s. Many of the houses have basement apartments, and there are also several condos, coops and rental apartment buildings. This makes for a nice mix of younger families (who are also attracted by Stoddart Elementary school) and single people. Glover Park is also home to a growing foodie scene, with over a dozen very good restaurants along Wisconsin Avenue.

Home prices in Glover Park are relatively manageable compared to many nearby neighborhoods, like Georgetown, Spring Valley and Observatory Circle. Three bedroom rowhouses average around $800,000, and you can still get a one bedroom condo in the low $300’s.

Glover Park does not have a metro, but there are many bus lines that serve the neighborhood.

Click here to receive new Glover Park listings delivered directly to your inbox.
Do you want to buy or sell your Glover Park home? Contact Pete for a complete market analysis.
Back to top