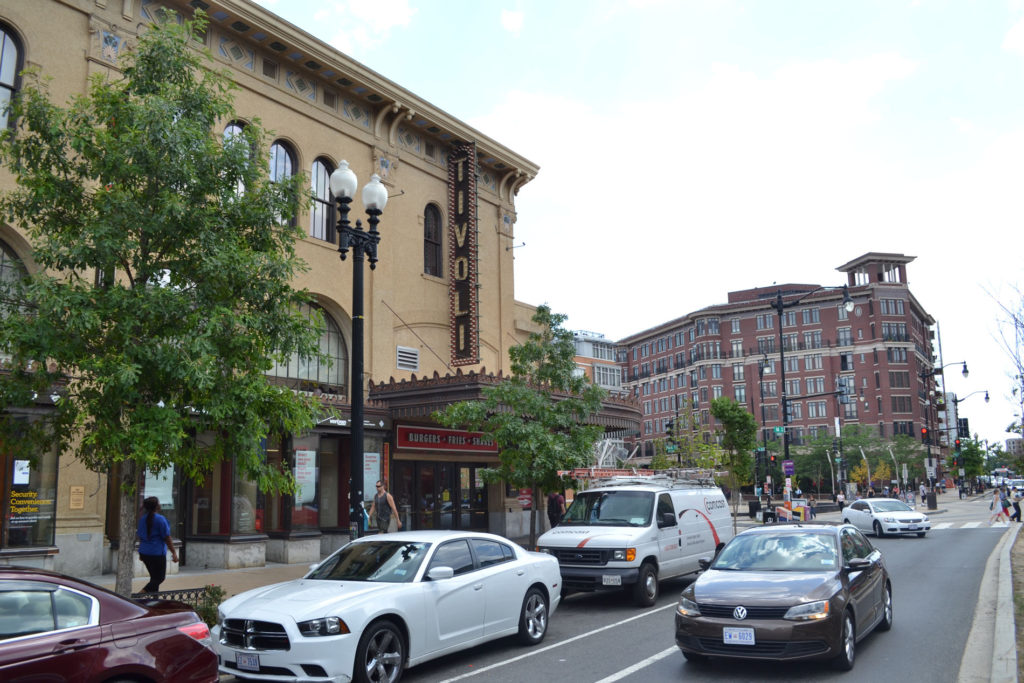 Columbia Heights is a diverse neighborhood in NW DC. It is bounded on the west side by 16th Street, on the north side by Spring Road, on the west by Sherman Avenue, and Florida Avenue on the south. Columbia Heights has a bustling commercial corridor along 14th Street, which has been largely revitilized in recent years by the new Columbia Heights metro station which brought big box shopping, grocery shopping, new restaurants and even the restoration of the old Tivoli Theater. Also, a strip of 11th Street on the east side of the neighborhood has seen several new restaurants pop up in recent years, which have drawn a lot of younger people to the area. Real estate in Columbia Heights is comprised of a wide array of styles including front porch Wardmans, Federals and Colonials that sell between $600,000 and $1,100,000 depending on the level of renovation and proximity to metro.  There are also many apartment buildings and houses that have been converted to condos which sell from $300,000 and up.

Click here to receive new Columbia Heights listings delivered directly to your inbox.
Do you want to buy or sell your Columbia Heights home? Contact Pete for a complete market analysis.
Back to top