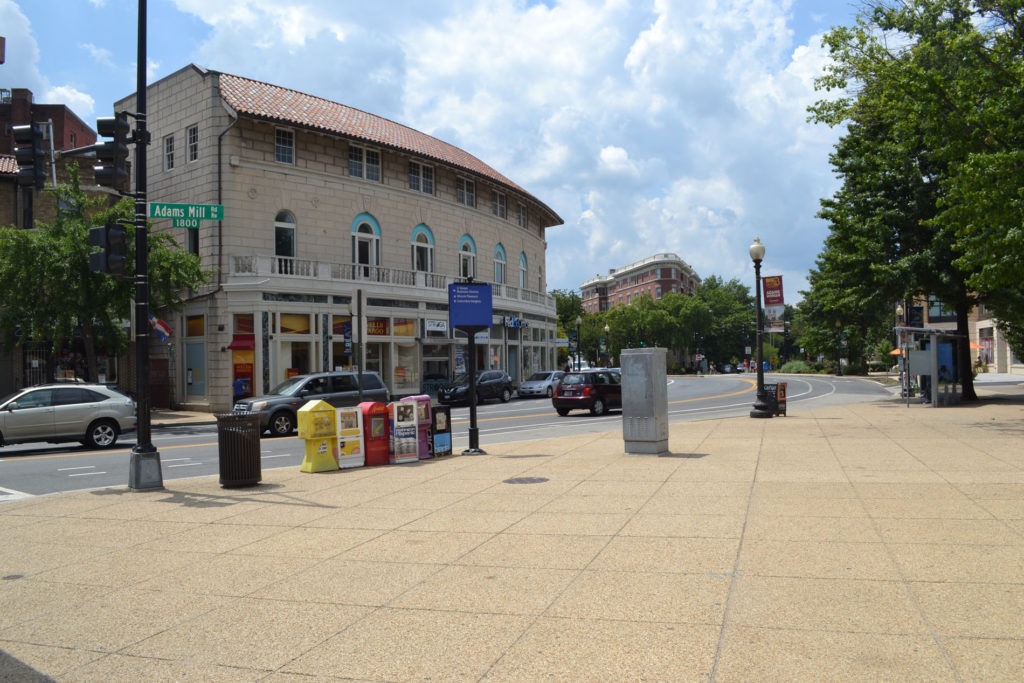 Adams Morgan is a culturally diverse, urban neighborhood in NW DC bounded by Connecticut Avenue to the southwest, Rock Creek Park to the west, Harvard Street to the north, and 16th Street to the east. Known as one of the city’s major nightlife destinations, Adams Morgan has two commercial stretches, 18th Street and Columbia Road, the intersection of which is the heart of the neighborhood. Many night clubs, restaurants, shops and carryouts line both streets, and draw people from all over town. Real estate in Adams Morgan consists mostly of condos carved out of converted rowhouses and newly constructed condo buildings, and also some older coop buildings. Prices range from the $200,000’s to the $700,000’s. There are also a few Federal style townhouses which sell at just over $1,000,000.

There is a Woodley Park/Adams Morgan metro station, but it is a good 20 minute walk from the heart of Adams Morgan. There are also several good bus lines serving 18th Street and Columbia Road.

Click here to receive new Adams Morgan listings delivered directly to your inbox.
Do you want to buy or sell your Adams Morgan home? Contact Pete for a complete market analysis.
Back to top